The realization of the dream of one’s own real estate property seems to be so close to a young couple and U.S. Expats T. from Berlin, Germany. They even reserved the property through a broker for a significant fee. But because financing fails at the very last moment, the young couple cannot buy. As the dream evaporates into thin air, they desperately ask the broker to repay them the reservation fee. The real estate agent refuses. Is he right?

What is a reservation fee?

Buying a house or flat is one of the biggest and most important purchases most people make in their lives. This is why many possible buyers will want to have some time to think their decision over before signing the contract, without running the risk of the object being sold to another person.

In Germany, many real estate agents will grant such a period for thinking it over in which they will not sell the house to a different party. In return for this, they will ask for a reservation fee, payable as soon as the reservation is made. In the event of the potential buyers deciding to purchase property in the house or flat, the sum paid will be subtracted from the agent’s fee. However, if the reservees should decide against buying or financing fails, by the agreement the money spend is not recoverable.

It must be noted that in Germany  it is possible to obtain the equivalent of freehold ownership also over flats. The concept of long leaseholds does not exist in Germany as it does in the United Kingdom (save for Scotland).

Is such an agreement valid?

The third senate of the highest German federal court for civil law, the BGH (“Bundesgerichtshof”), ruled on the 23rd September 2010 (file registration: III ZR 21/10) that reservation fee agreements are void, if they are made in the estate agents terms and conditions, also known as small print or in German “AGB”. This is usually the case. As terms and conditions are posed by one party and the other has no influence on their content, in the event of there being a dispute about their content, they are subject to testing by the courts under the rules of §§ 305c ff. of the German civil code (BGB), in accordance with EU-directives. This test is supposed to prevent one party from obtaining an unjust advantage over the other. If a term does not stand this test it is void and is therefore not applied. Terms implying a described reservation fee are void due to § 307 ss. 1 sentence 1 BGB. It lays out the rule that a term is void, if it is to the manifest and disproportionate disadvantage of the other party. The BGH held that a reservation fee is such a disadvantage, as the agent tries to gain a commission which is independent of success, while not giving the potential buyer any service of considerable value in return.

If the reservee does not decide to buy the chattel, he will not gain anything from the agreement. Furthermore the general value of such an agreement is small, as the reservation only binds the agent not the actual owner of the house or flat not to sell it on to a third party. The actual owner can also still decide not to sell the house or flat at all. The often relatively high fee can influence the prospective buyer unduly to buy the property, as the money will only be forfeit if the reservee decides not to buy. Terms charging a fee for services such as providing opportunities to view the property, preparing the contract of sale or arranging an appointment with the notary are likewise void. This was found by the Amtsgericht (equivalent of a county court) Charlottenburg (Berlin) in a judgement given on the 24th September 2014 (file registration: 216 C 270/13). The estate agent himself has no actual disadvantages through the reservation. For these reasons a reservation fee based on a term from the terms and conditions is always void.

However it is possible for an estate agent to make a valid agreement for a reservation fee. The requirements for this are high. Firstly the agreement may obviously not be a term of the terms and conditions, but has to be made with each client individually. Furthermore the owner of the property will have to agree to the reservation. The fee may also not be greater than 10% of the estate agents commission. If it is higher the agreement has to be certified by a notary according to § 311b ss. 1 sentence 1 BGB. This should protective the prospective buyer from making a rash decision, as it is assumed that such a high fee will unduly influence the reservee in his decision.

What does the term being void mean?

Because of the term being void it will not be applied and the law with which the German civil code would govern such a situation takes its place. As the German civil code only provides for the agent’s commission in the event of a successful sale according to § 652 ss. 1 sentence 1 BGB, the agent has no right to keep the money. It is therefore recoverable by the reservee.

Agreements concerning a reservation fee in the terms and condition of the estate agent are void in most cases. The agent will then be liable to return any monies so paid to the reservee, even if no contract of sale is made. An individually made agreement as to a reservation fee may be valid, but is bound to strict requirements. The young couple T. from Berlin is in a good legal position to claim the reservation fee.

Banking and Finance Specialist lawyer (Fachanwalt für Bank- und Kapitalmarktrecht) Kim Oliver Klevenhagen from the Berlin based law firm AdvoAdvice Partnerschaft von Rechtsanwälten MbB is familiar with cases such as those of the spouses T.: “Due to the low interest rate on the capital market, the acquisition of real estate has become increasingly attractive. Due to high demand, brokers are increasingly often demanding reservation fees. Frequently, we are experiencing conflicts with the broker in the event of the failure of the real estate acquisition. In most cases, the legal situation is positive for ar since the principle of the BGH. “

It is therefore advisable for those affected to turn to a specialized law firm in case of doubt, in order to examine the chances of enforceability of a repayment claim. 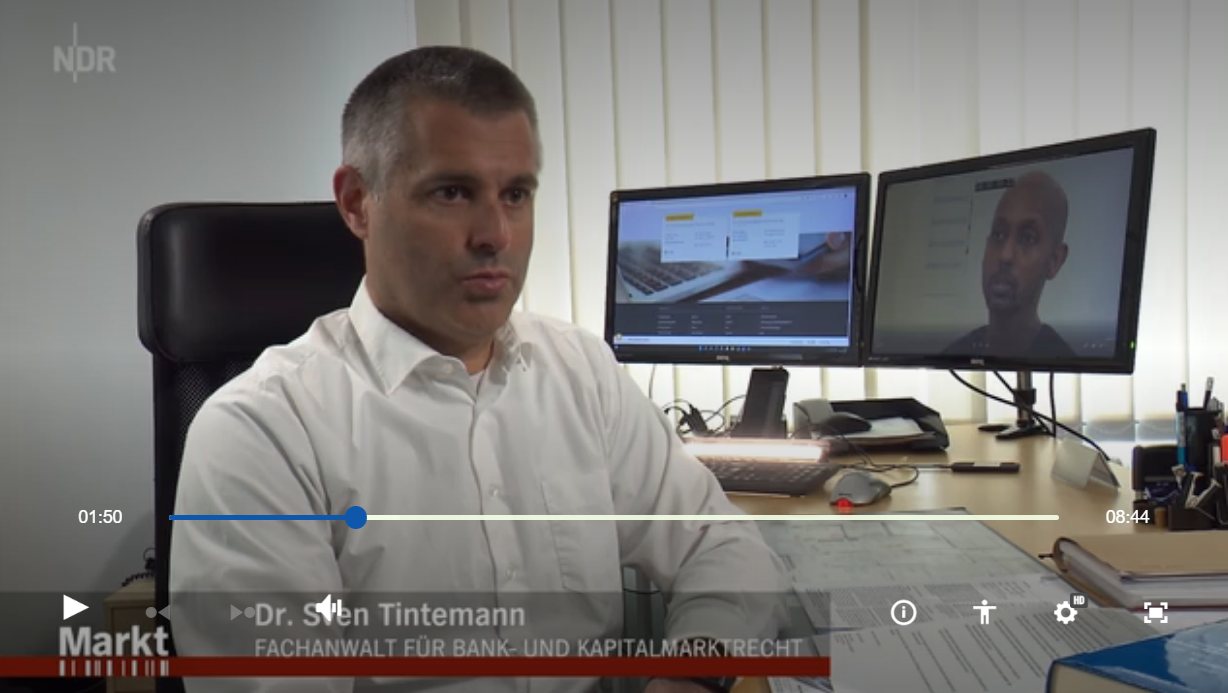